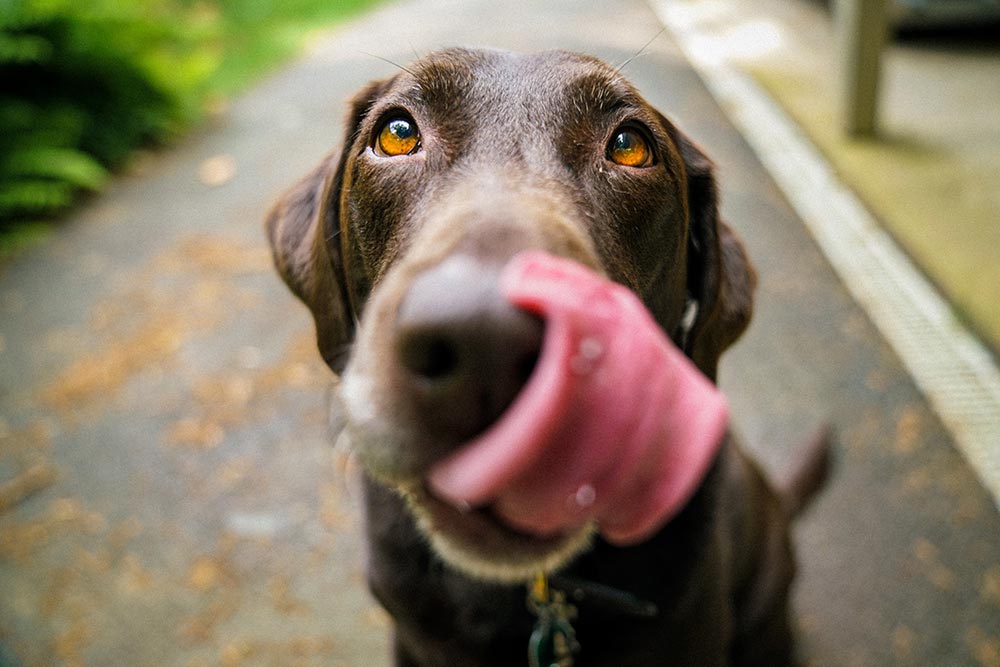 We are excited to offer our current clients the opportunity to engage in telemedicine. Telemedicine is not trying to replace visits to the hospital. Rather it’s about complementing our in hospital services and establishing a means to monitor patients and communicate with clients using the most advanced technology.  Clients are always welcome to call and schedule an appointment, but we hope that our clients will appreciate the flexibility of a telemedicine consultation when appropriate.

With the advancement of technology literally putting cameras in our hands (through most cell phones) veterinary telemedicine can thrive. It saves you a trip to the vet while putting your mind at ease with quick feedback from your veterinary team. Rather than calling the clinic phone with a question about your pet, you can engage in a video call or send a picture through a chat and show your veterinarian exactly what’s concerning you. This gives us a thorough understanding of the situation, too, so we can offer you the best advice.

Response time is 1-2 hours. This is not meant to be used in an emergency.

These virtual visits are great for…

How do I initiate a telemedicine consult?

Are All Pets Eligible For Telemedicine?

When it comes to enhancing and improving patient care, the AVMA encourages veterinarians to make the best use of technology possible, while still maintaining high-quality, safe, responsible veterinary practices. In order to do so, the AVMA permits veterinarians to practice telemedicine inside their veterinary license’s issuing state. Except in the event of an emergency, veterinarians are only allowed to provide patient-specific advice, treatments, or dietary recommendations via telemedicine for patients with whom they have an established veterinarian-client patient relationship (VCPR).

Ready to schedule your appointment? 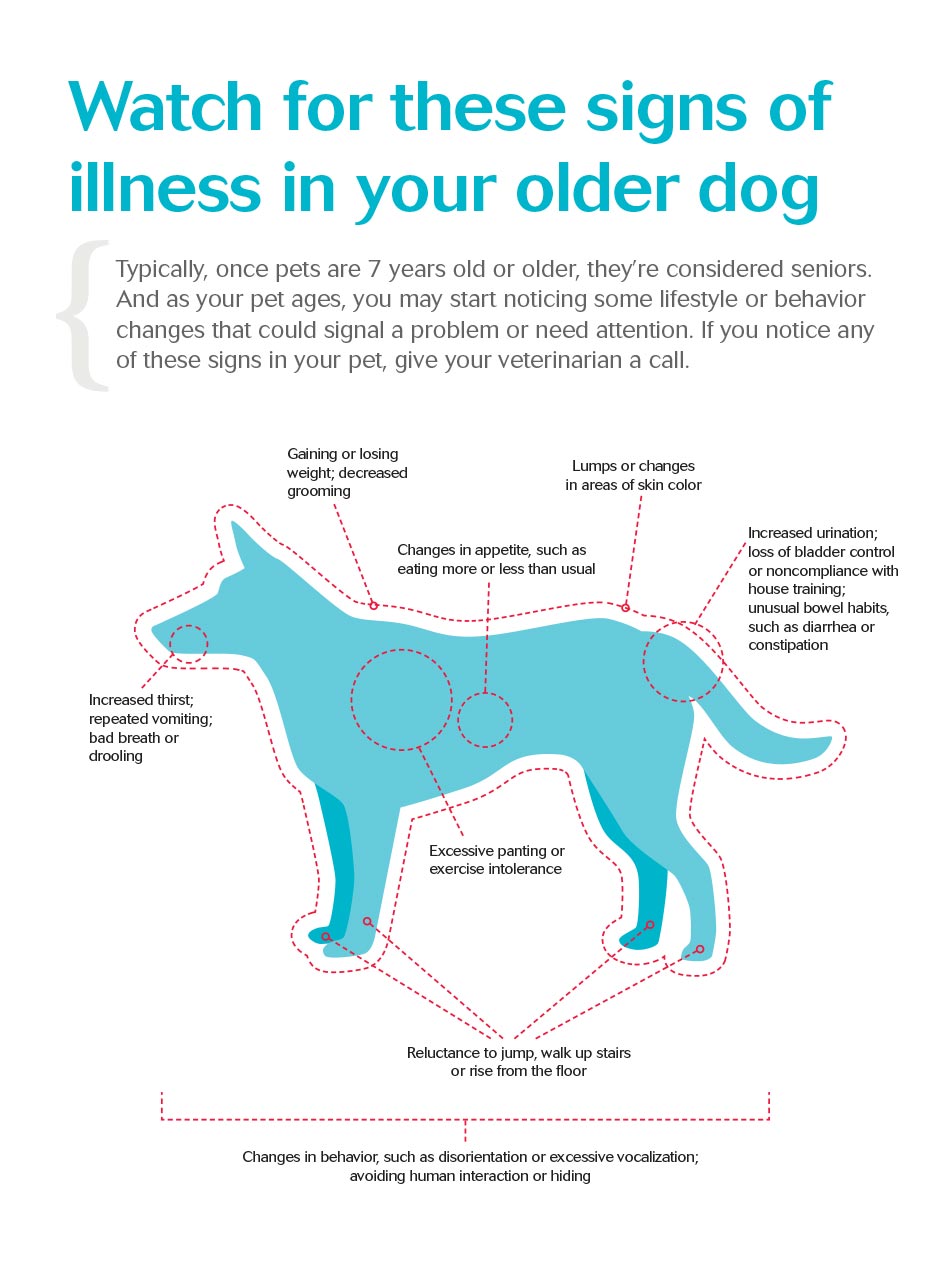 Pets are living longer thanks to higher quality food, preventative healthcare, and advances in veterinary medicine.  While your pet may seem healthy well into its senior years, beneath the surface there are many changes that may go undetected.  Considering the rate at which our pets are maturing a comprehensive senior examination and diagnostic workup, helps our veterinarian identify any problems early in order to institute preventive care measures.

There are many common issues that affect senior pets which may not present signs until your pet becomes very ill. Therefore, being able to identify these issues early will help your pet to have many happy and healthy years. To learn more about our care options please call us at (985) 626-5615!

What to expectA complete senior workup includes the following: 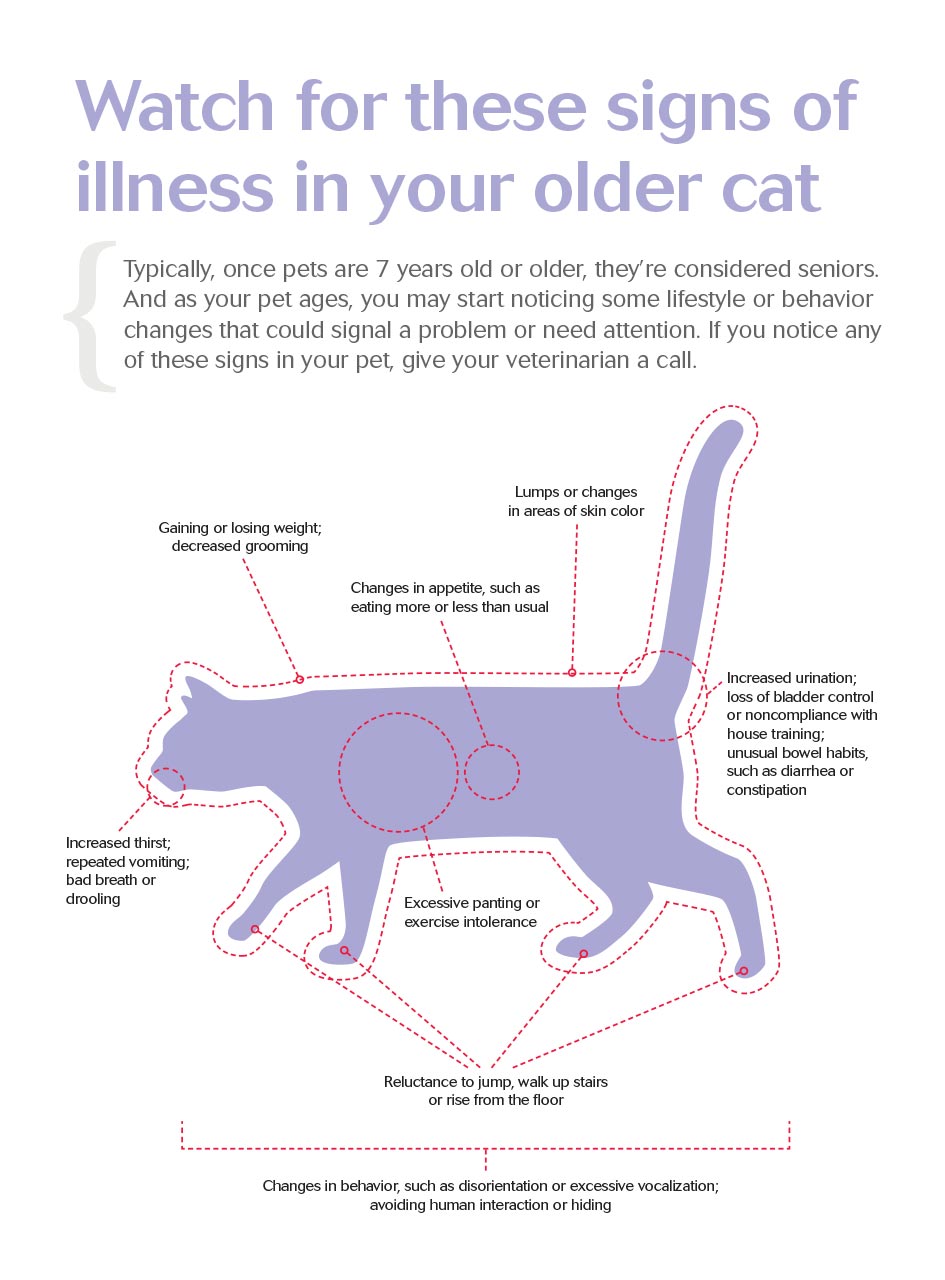 Your pet's age and weight determine when he or she is a senior. Refer to the chart below. 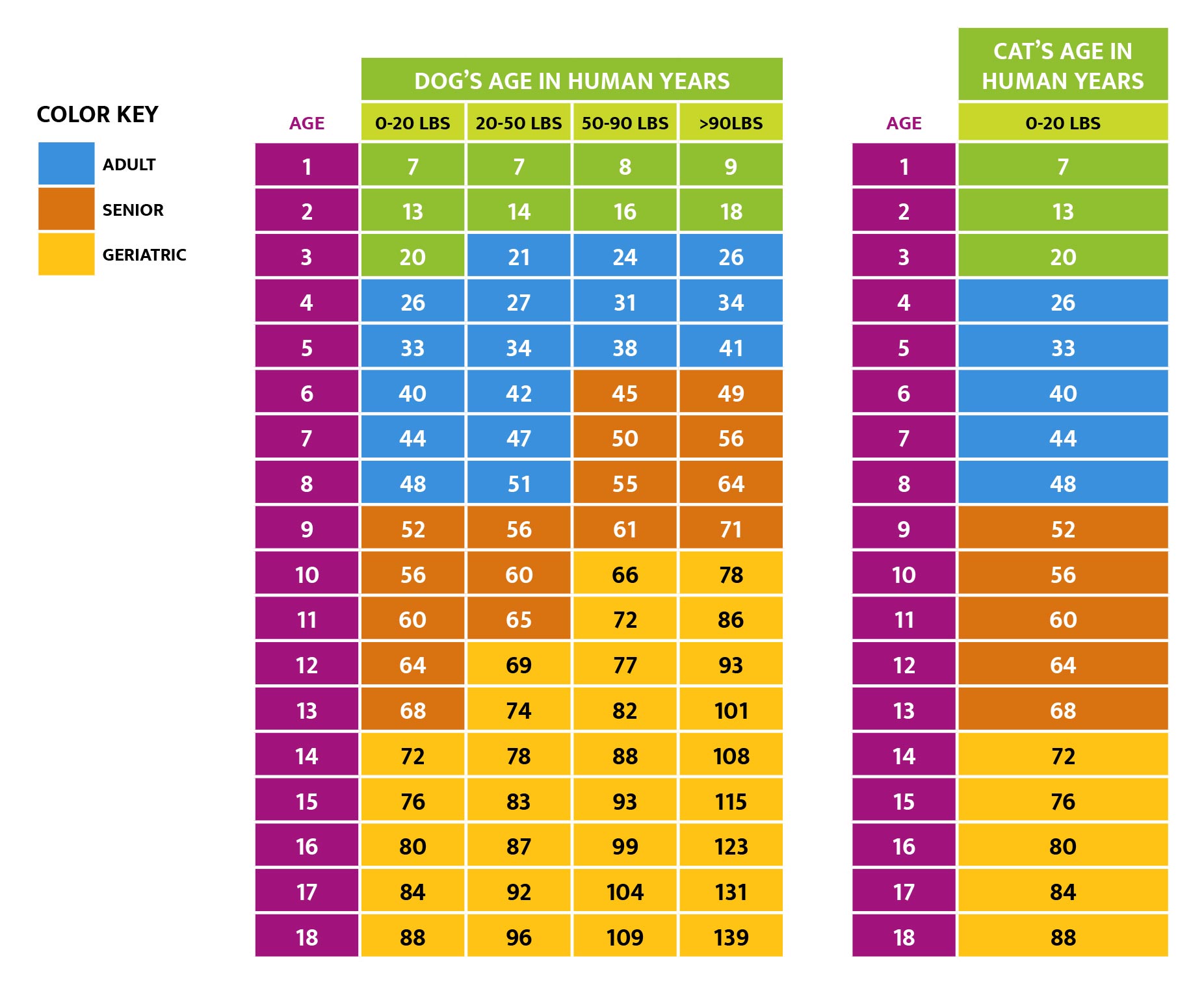 What Does The Senior Pet care Program Come With?

Your pet’s senior workup first starts with a comprehensive physical exam. This is a very important tool that will allow the doctor to detect signs of illness before they become severe.  Some of the most common things the doctor will look for on exam include ear and eye disease, skin lumps, hair coat abnormalities, abnormal lung and/or heart sounds, lymph node enlargement, abdominal organ enlargement, musculoskeletal diseases such as arthritis, and signs of dental disease.

The diagnostics included in this program are:

Chemistry Profile: This test is like a baseline physical exam for the internal organs.  The profile contains 25 different values used to evaluate health status and organ function.

Complete Blood Count: This test evaluates red and white blood cells and can detect infection, inflammation, anemia, and blood parasites.  In addition, the blood count can provide evidence consistent with some forms of cancer as well as some immune-mediated conditions.

Urinalysis:  A urinalysis is a test that assesses the physical and chemical composition of urine. Abnormal results may indicate that there is a disorder affecting the kidneys and/or urinary system. However, a urinalysis can also provide clues about problems in other organ systems, or may indicate the presence of metabolic diseases, such as diabetes mellitus. A urinalysis is necessary for a complete assessment of the kidneys and urinary system and should be included in any thorough evaluation of a pet’s health status, especially senior pets.

Glaucoma Test:  This test measures the pressure in each eye quickly and painlessly using a tonometer.  Undetected glaucoma can lead to irreversible blindness.

Chest x-rays: size of heart, clarity of the lungs, evidence of cancer, and spinal arthritis.

How Do I Understand My Pet's Blood work?

A CBC gives information on hydration status, anemia, infection, the blood’s clotting ability, and the immune system’s ability to respond.

GRANS and L/M (granulocytes and lymphocytes/monocytes) are specific types of white blood cells.

EOS (eosinophils) are a specific type of white blood cells that may indicate allergic or parasitic conditions.

These common values evaluate organ function, electrolyte status, hormone levels, and more. They are important in evaluating the health of older pets.

ALT (alanine aminotransferase) is a sensitive indicator of active liver damage but doesn’t indicate the cause. This test is especially significant in cats.

Ca (calcium) deviations can indicate a variety of diseases. Tumors, hyperparathyroidism, kidney disease, and low albumin are just a few of the conditions that alter serum calcium.

CPK (creatinine phosphor kinase) is an enzyme found in several muscles, the brain, and nerves which can detect skeletal muscle injury, and cardiac muscle injury.

CREA (creatinine) is an indicator of kidney function. This test helps distinguish between kidney and non-kidney causes of elevated BUN.

GLOB (globulin) is a blood protein that often increases with chronic inflammation and certain disease states.

GLU (glucose) is a blood sugar. Elevated levels may indicate diabetes mellitus. Low levels can cause collapse, seizures, or coma.

LIP (lipase) is an enzyme that may indicate pancreatitis.

MAG (Magnesium) is an essential cofactor in hundreds of enzymatic reactions and can indicate abnormalities in many different systems including heart, GI, neuromuscular, kidneys, and urinary system.

NA (sodium) is an electrolyte lost with vomiting, diarrhea, and kidney or Addison’s diseases. This test helps indicate hydration status.

PHOS (phosphorus) is an electrolyte. Elevations are often associated with kidney disease, hyperthyroidism, and bleeding disorders.

Triglycerides- are among the major lipids (fat) in plasma and are made in adipose tissue (fat cells) and the liver. Important when screening for diseases such as diabetes, hypothyroidism, and Cushing's disease

Ready to schedule your appointment?